“Building A World in Common” 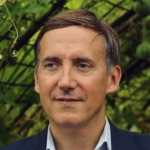 Dr. Giraud is an alumnus from the Ecole Normale Supérieur (Ulm) and ENSAE. He got his PhD in applied mathematics at the Ecole Polytechnique (Paris). He served 2 years in Chad as a teacher in mathematics and physics in a Jesuit high school. There, he founded a center for street children (still running today). He is a senior researcher at the CNRS in economics, has published about 30 papers in peer-reviewed journals, 4 books, and supervised around 20 PhD students. In 1999-2004, he worked as a quantitative engineer and scientific advisor for investment banks . In 2004 he entered the Society of Jesus. In 2009, he was nominated best young French economist  (by Le Monde).  In 2013 he was ordained as a priest. In 2015, he founded and directed the Energy and Prosperity Chair (ENS, X, ENSAE). From 2015 to 2019, he served as Chief economist and executive director of the French Development Agency (AFD). Since 2017, he has been a permanent fellow at the Nantes Institute for Advanced Studies and, since 2018, an invited professor at Stellenbosch university in South Africa. Since 2020, he also holds a PhD in theology and has been appointed as research professor at Georgetown University, founding director of the Georgetown Environmental Justice Program.

You can find information on Dr. Giraud by visiting the Environmental Justice Program website. Thank you.